On the eve of the World Cup finals, the Bolshoi Theater hosted a gala concert dedicated to the completion of the Mundial. On the historical scene – a historical event: world celebrities – opera and football! I could not miss such a unique event.
This evening turned out to be as bright as the championship itself. Anna Netrebko, Placido Domingo, Ildar Abdrazakov, Khibla Gerzmava, Yusif Eyvazov and other masters of opera art performed on the stage. 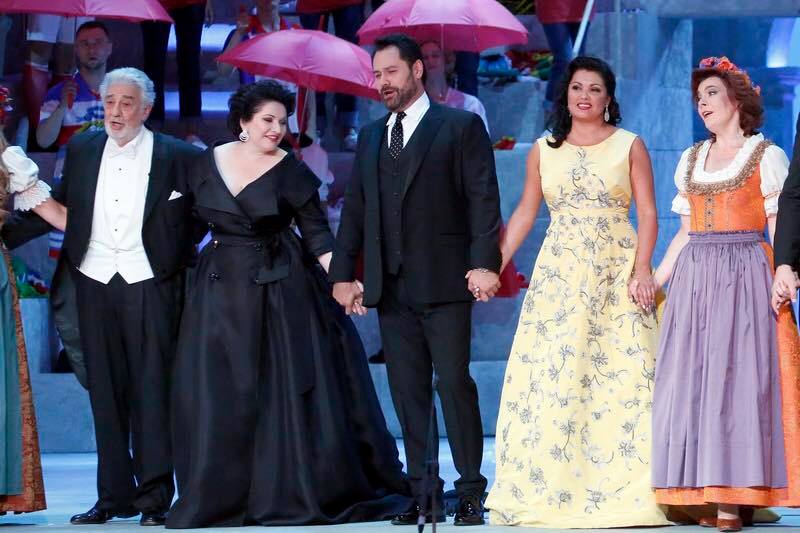 Among the guests of the concert there were many foreigners, the first persons of FIFA, the leaders of football associations and, of course, football legends.