These are rare moments when my parents come to Moscow. This time my dad came just in time to see Top Disco Pop  concert, where it wasn’t only me, who performed, but also his grandchildren – UrKiss and VladiMir. It was a great happiness for me that my dad could see our performances with his own eyes. I felt his support. And my dad liked everything very much.  And as he didn’t see all the process of rehearsals, all three performances were a surprise for him. 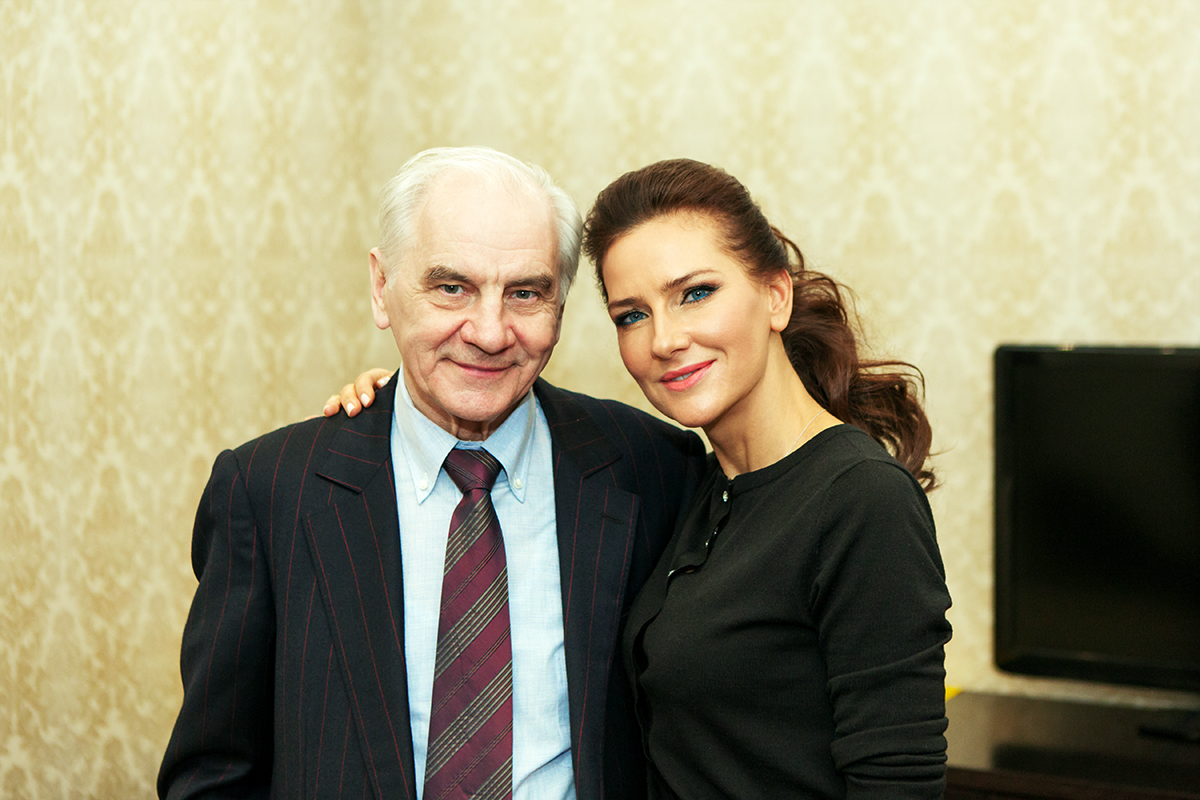 Such an event was carried out for the first time in the history of Russian show business. That is why I think that the project has a prosperous future. Unlike other concerts, where music of 80-s and 90-s is presented, singers sang not their songs, bur cover-versions of hits, made by western colleagues. Many artists admitted that they had wanted to do it long time ago and it was only then, when they finally had a chance.

As for me, I had a double mission. I was also a host of the evening. Dima Olenin  worked together with me. It was very comfortable to be onstage with him as he is an experienced radio-DJ and can interact freely.

During the concert program I performed with “Free” song by my favorite Stevie Wonder. I adore this song and I think that it’ll be included in my repertory. We made a dance to it. I decided to make an energetic performance. After two slow songs I wanted to fulfill myself in a dynamic dance. I hope I made it.

My sons also chose songs to their taste. UrKiss sang a hit by Rod Stewart “Do Ya Think I’m Sexy”, and VladiMir chose “My prerogative” by Bobby Brown.

NTV channel carried out filming during the concert and soon  you’ll be able to see all with your own eyes. TV-broadcasting is set on the 29th of April. It’ll be interesting. I myself will watch that concert with pleasure once again on TV.