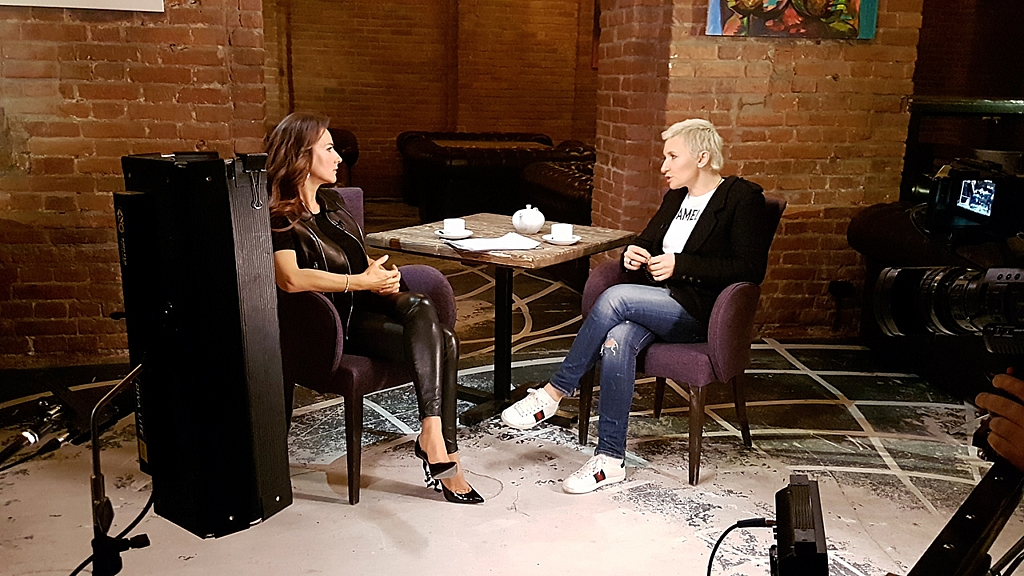 It was easy and comfortable for me to converse with Arbenina. She is one of the most interesting interlocutors and makes impression of a kind and clever person. Having lived for many years in the show business, Diana is still extremely worried before going up onstage each time. She compares this moment with the moment of a jump from the height. Trembling behind the curtain, she says in a loud voice: “Lord, why don’t I bake bread?!» 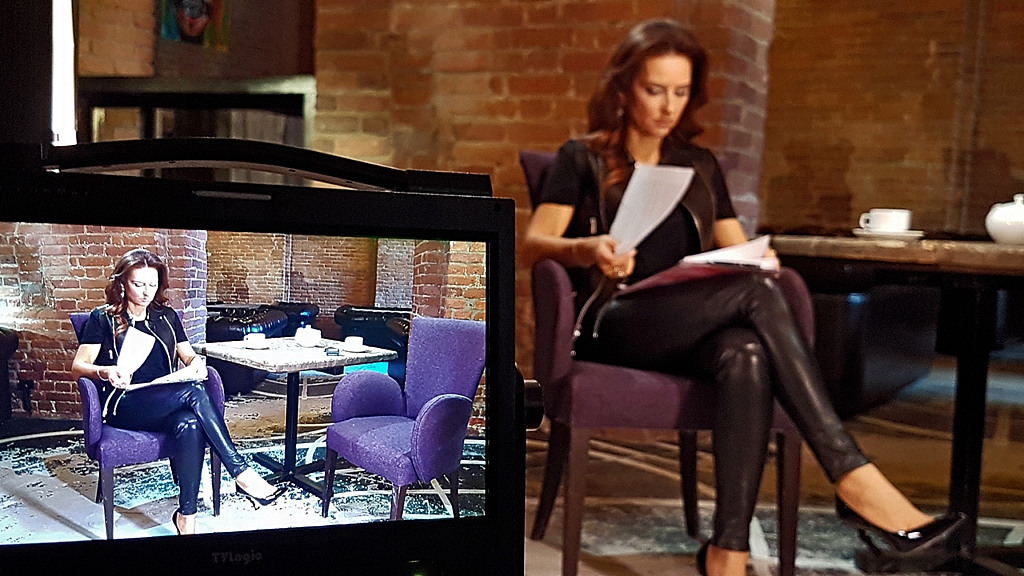 As for school memories, the funniest one was the story about how Diana learned chemistry by heart. Barely knowing  the subject, she had difficulties with memorizing chemical elements. Finally she developed her own approach – she gave names to the elements ^ “o-oxygen” – “Olga”,” K-potassium ” — “Katya”,” C-carbon ” — “Sveta” and so on. Thinking of names of her friends she was able to write the hardest formulas on the blackboard.

You will learn more detailed revelations if you watch my program “Sever. True stories” on RU.TV channel. Right after the broadcasting it will be available on the website http://elena-sever.com