I always try to find a free evening in my tough schedule to visit a theatre. This time I was lucky – the 12th Chekhov Theatre Festival took place in Moscow and I managed to watch Shakespeare’s “Twelfth Night”. My elder son Yuri accompanied me. 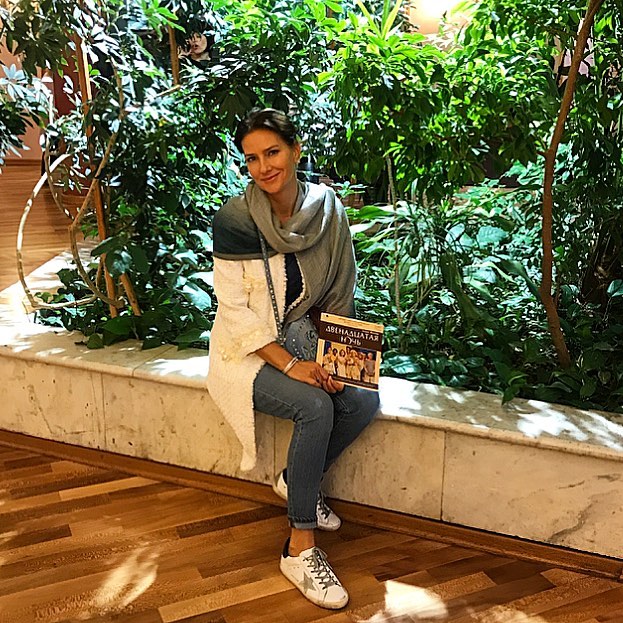 The play was set almost fifteen years ago, but all tickets are still sold out each night and it keeps gathering full house. That’s a joint work of Chekhov Theatre Festival, International confederation of theatre unions and British theatre company “Cheek by Jowl”, headed by director Declan Donnellan.
We had a chance to see the “golden” actors’ staff: Igor Yasulovich, Alexander Feklistov, Mikhail Zhigalov, Andrey Kuzichev and Victor Vasiliev. Did you notice that there were only male names on the list? Missing female names are not my mistake. In the play only male actors perform, like it used to be in Elisabeth’s time.
It was so unexpected, that even nineteen-year-old young man (my son) at first wanted to leave – all was somehow incomprehensible and even annoying. But some time later Shakespeare’s situation comedy and marvelous actors’ performance literally “chained” us to the seats. We started to believe “women” who spoke baritone voice and had a large 7.5 – 10 foot size.

I have to mention right away that there was nothing vulgar. The well known play was filled with music and dancing. It was so cool, we liked everything so much!
The only thing that confused many spectators was that characters onstage smoked all the time.
There were almost no decorations or colourful costumes which are usually used for Shakespeare’s plays. Perfect actors’ performance made the evening. I liked absolutely everything. But most of all I’d like to thank Victor Vasiliev. He played Malvolio. It’s a character who was cheated by servants and came to his beloved Olivia in funny yellow stockings. Victor lived his role so well that his eyes were full with tears and I felt pity for him.
The two-hour play was watched on one breath. There were standing ovations in the audience! That was a real Festival play which is worth telling about.