I want to share with you our successes. Most recently, the film “Pilgrim”, in which I played the main role, was nominated at several independent international film festivals

In Russia, he has already collected several honorary awards, and now we are reaping laurels from foreign experts. 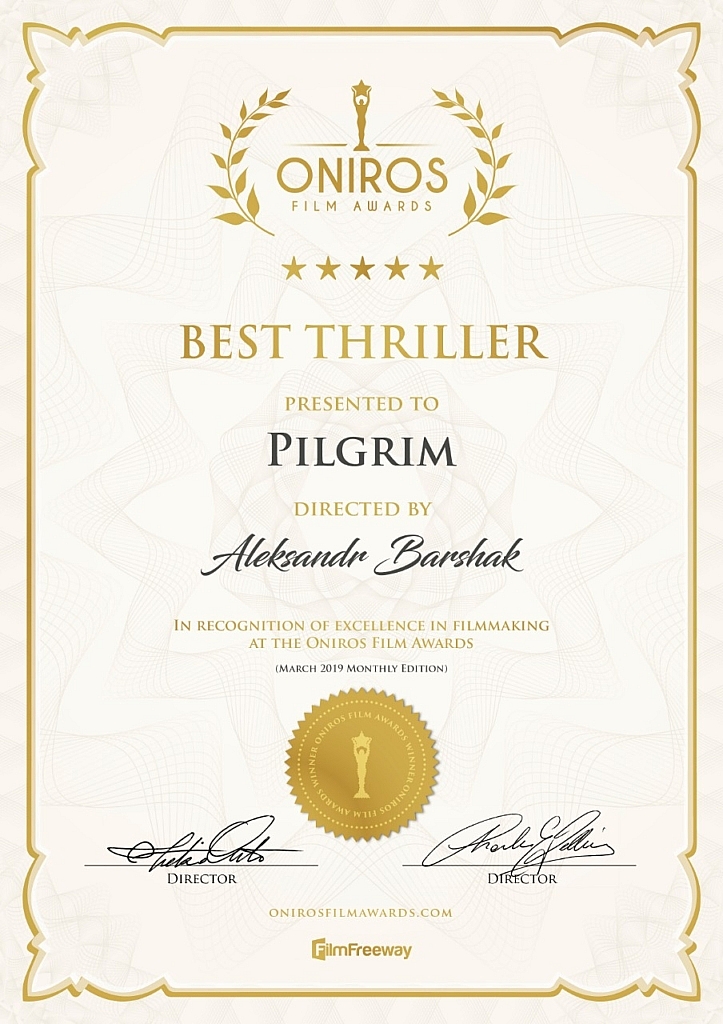 Great news came from the Italian city of Aosta. At the Oniros Film Awards at the March Film Festival, the film won the Best Thriller category. Due to this, the picture is sent to the annual competition. Oniros Film Awards handed us official certificates and a diploma confirming this achievement.