On July 13, On the air of radio Monte Carlo a new category ” Horse Racing. Royal Sport”, which will tell about the most interesting, famous, unusual horse races from all over the world and, of course, about the highlights of the main social event in Moscow-the Grand Prix of Radio Monte Carlo. For the premiere of the new project, the station launches a large-scale advertising campaign.

“The station’s flagship project is the Monte Carlo Radio Grand Prix Horse Race. This year, due to the quarantine, the holding of this secular event was postponed. Nevertheless, we can not ignore such a beautiful and spectacular sport as horse racing, – says the program director of radio Monte Carlo Anastasia Eliseeva. – So this year we will talk about it on the radio station.”

The launch of an advertising campaign, the face of which was performed by the singer, actress, presenter and philanthropist Elena Sever, is timed to coincide with the release of the new broadcast project. A series of exquisite photos for advertising images was created by the authoritative photographer Vladimir Shirokov. On advertising models, Elena Sever appears in a mandatory attribute of the outfit for racing-an elegant hat.

The advertising campaign of Radio Monte Carlo will feature layouts in printed publications, commercials on TV channels, images on the largest media facades in Moscow, as well banners and videos on the Internet. The campaign will run from July 15 to August 15.

The project ” Horse Racing. Royal Sport ” will introduce Radio Monte Carlo listeners to the history and culture of horse racing. What the legendary Ascot races are known for, how the horses are prepared for these difficult and beautiful challenges, when the races turned into an exquisite social entertainment, what is the history of the oldest racetrack in Europe, located in the center of Moscow, and much more, find out on radio Monte Carlo! 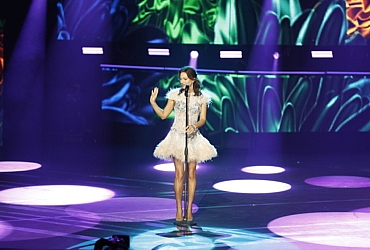 Stars of Russian Radio on Channel One!