Big spring festival “Stars of Russian Radio” took place on the 29th of April in “Crocus City Hall” auditorium and became the culmination of a great tour of “Russian Radio” stars which had begun in April last year. The event gathered most adored and most popular Russian artists on one poster.

A famous director-producer Andrey Sichev created in the auditorium and on the stage a splendid atmosphere of artistic union of performers and spectators. A special guest of the first big spring festival “Stars of Russian Radio” was Sophia Rotaru. The host of the ceremony was charismatic and scandalous Dmitry Nagiev.

Another surprise was prepared for the spectators at the “Stars of Russian Radio” concert in “Crocus City Hall”. As we had promised, on the 29th of April – the day of my birthday – there was the premiere of our duet song with Stas Mikhailov “Don’t call, I don’t hear”. 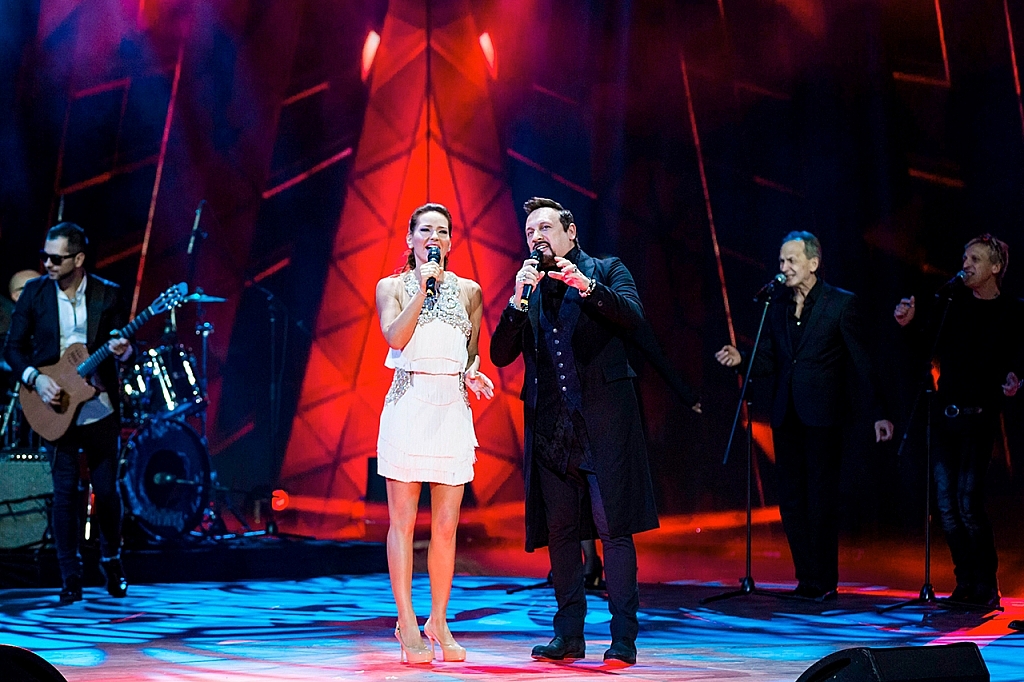 Another premiere – another victory! I’d like to thank the audience for such a warm greeting.