In my native St. Petersburg, not only monuments and memorials remind of the blockade, but also human memory. Indeed, in the family of every Leningrader there is a story that is associated with that terrible time of war.

This year, the anniversary date is 75 years since the day of the complete liberation of Leningrad from the fascist blockade, so without hesitation I accepted the invitation to participate in the theatrical performance “DEDICATED TO YOUR FEAT LENINGRAD!”. 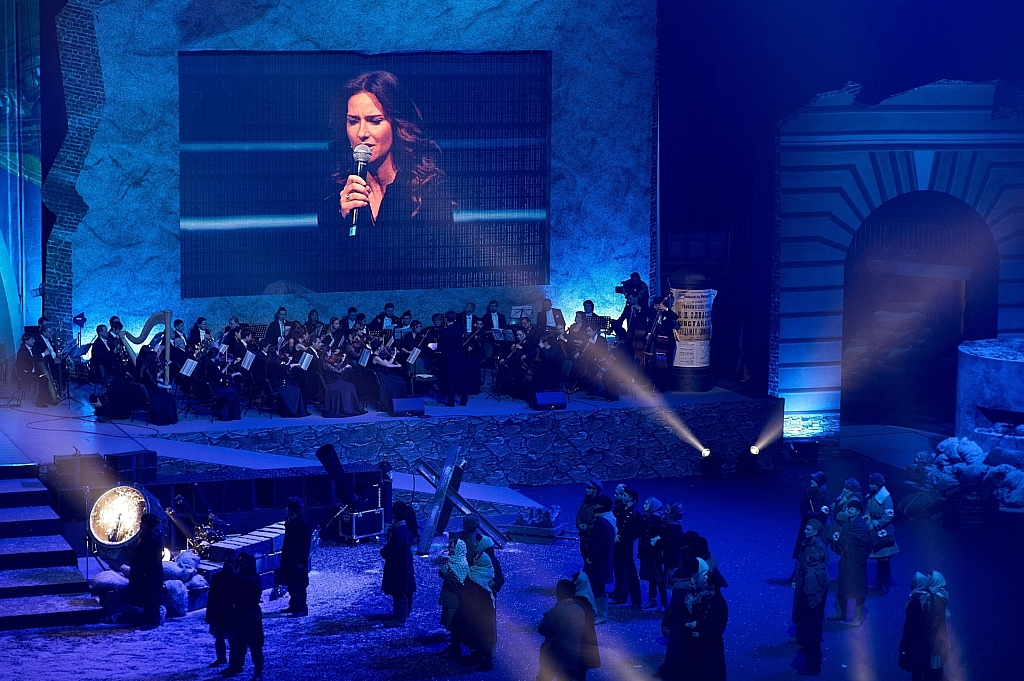 It was a grand spectacle, which was invented by the scriptwriter and director Askold Konovich. Actions of this magnitude have not yet been in St. Petersburg. For mass scenes, more than 300 extras actors were involved. The platform itself for the performance was not limited to the stage, and it seemed that it occupies a large half of the arena of Ice Palace. Large-scale scenery and special lighting design carried the audience on the harsh days of the blockade.

The performance sounded both well-known songs about Leningrad and the blockade, and specially written for this day: Mikhail Gutseriev and Anna Gordeeva, Anton Velinsky and Nikita Balakshin.

The actors Sergey Shakurov and Anastasia Melnikova conducted the concert with me. People’s Artist of the USSR Lyudmila Chursina acted as a poetess Olga Berggolz. 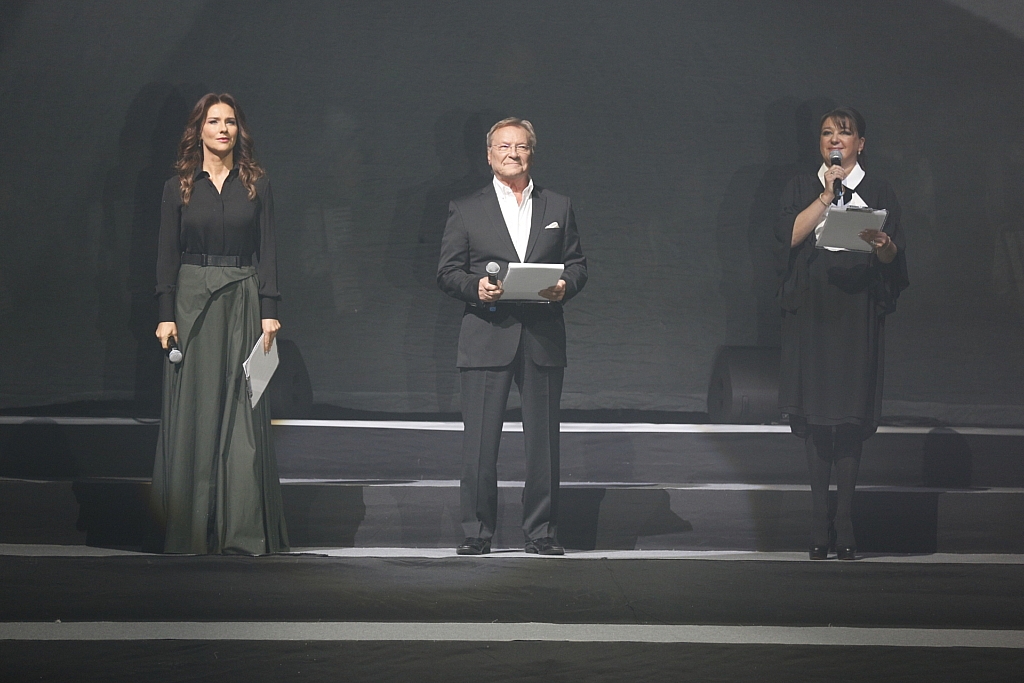 Insightful musical numbers were performed by such famous collectives as: Radio and Television Choir of St. Petersburg, soloists, Governor’s Symphony Orchestra of St. Petersburg, Academic Song and Dance Ensemble of the Russian Army named after Alexandrov. The hall greeted Diana Arbenin with a standing ovation with the song “Fly My Soul”, the group Zemlyane with the song “BLAGOVEST”, TURETSKY Choir (“WE NEED ONE VICTORY”), A. MARSHAL (“FAVORITE CITY”) and many others.

I, too, did not stand aside and performed the song “Leningradki”. Although my excitement was difficult to describe, the hall very warmly received the song. 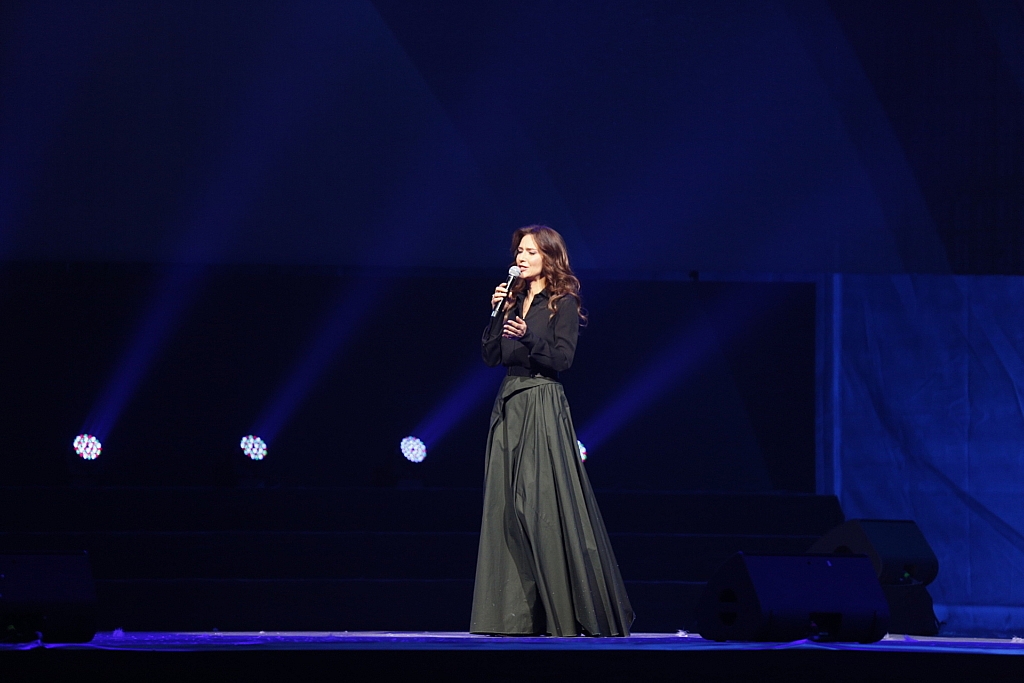 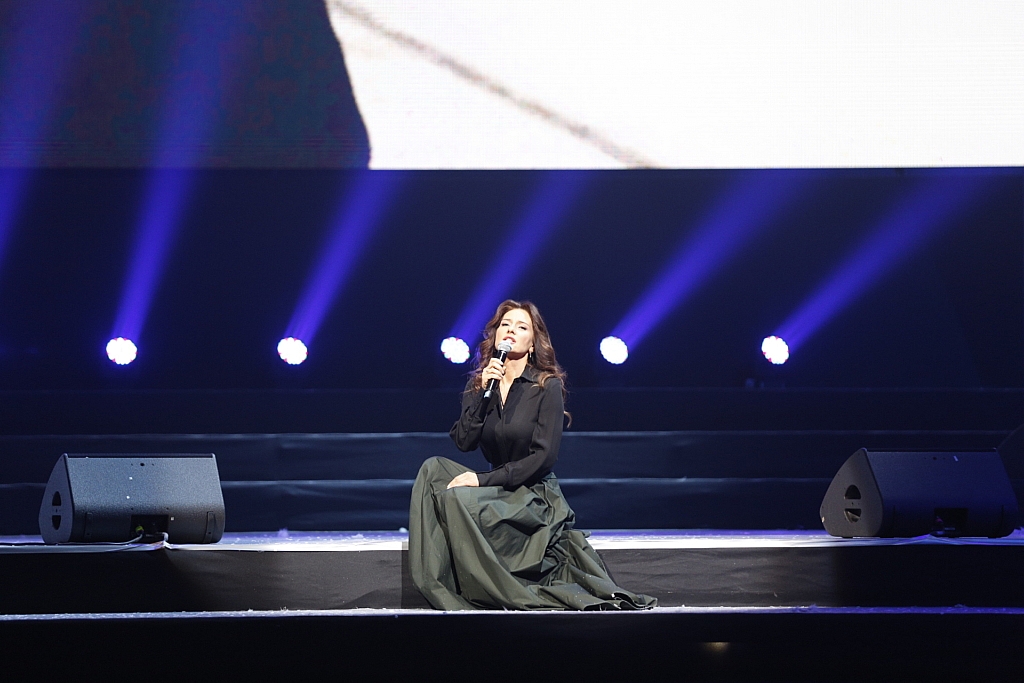 The final chord was the song “Leningraders”. Under her motive, in the style of the march, were all the participants of the concert performance. On-screen footage of the chronicle and photographs of the triumphant triumph of Leningrad residents and the fireworks of February 1944. Black-and-white shots gradually bloom, and all the spectators and artists were at the modern holiday of the townspeople on the Neva River, which ended with the “golden rain” and salvos.

A special honor for me was the opportunity to be involved in such a grand concert.